The Bird That Swam Away

It was to be our first official day on the river and I’d had an earlier and more frantic morning than expected. We had decided to survey our third site just downstream of our campsite at Minam State Park on the Wallowa River while the boats were being rigged. As the resident bird nerds of the group Abby Lawson and I proceeded ahead of everyone else along the river edge, hoping to catch a glimpse or a song of any birds before they were scared away by our presence. As we approached a backwater area surrounded by willows we discussed the possibility of doing our point counts on this edge of the bank and suddenly a small grey object cut through the air and plopped itself on a rock that was partially submerged in the calm pool of the backwater area. I stopped mid-sentence and exclaimed in a hushed but excited whisper “it’s a Dipper!”

The American Dipper (Cinclus americanus) is a short and fairly stocky bird with its own family, Cinclidae, as a member of the order Passeriformes (songbirds). It prefers to inhabit mountain streams but can be found at lower elevations as long as swift flowing water is present. The call of this bird is a combination “zeet” notes that combine to form short bubbling trills that resemble the flowing water of the areas it often inhabits. With a short blocky tail and gray body without markings this bird is an interesting species to observe. I had only ever seen one other Dipper on a fieldtrip to the South Fork of the American River for this class in May when we spotted the bird while, ironically enough we had just been talking about how cool it would be to see Dippers on the Grande Ronde. My second encounter with this species was just as incredible to me as the first.

We both stared at the small bird perched on the rock and it began to bob up and down, quickly bending its body toward the water and then straightening itself. We later observed with Eric, one of our fellow students and a fish-lover, that when the shadow of an object passes quickly over the backwater pool, any small fish fry and invertebrates that had previously blended in to the background of browns would scatter and be visible to us. I then concluded that the behavior exhibited by the Dipper may have served to expose camouflaged prey items in the water. The Dipper then ceased its motion and held still, peering into the water. Then, in one swift motion, it launched from the rock and was fully submerged under the brown water of the pool. Several seconds later the bird surfaced with some kind of worm-like creature clasped in its cylindrical beak and flew away, likely winging back to its nest with breakfast for its hatchlings. Several minutes later another Dipper, perhaps the same bird as before, appeared and landed on the same rock. This time the Dipper did not hesitate or study the water but launched right in and began fluttering its wings and dipping its head under the water and back up into the air, causing water to run over its neck and down its back. The bird then proceeded to swim around in large sweeping circles, alternating between swimming on the surface of the water and diving into the depths of the small pool. After a few minutes of this behavior the bird dove underwater and disappeared from view and did not appear again. No further Dippers returned to that site while we conducted the rest of our survey and we only saw a few more Dippers over the next day or two before we stopped seeing them altogether. I will always treasure this unique opportunity to observe one of my favorite species in its natural habitat as I was able to on this trip. 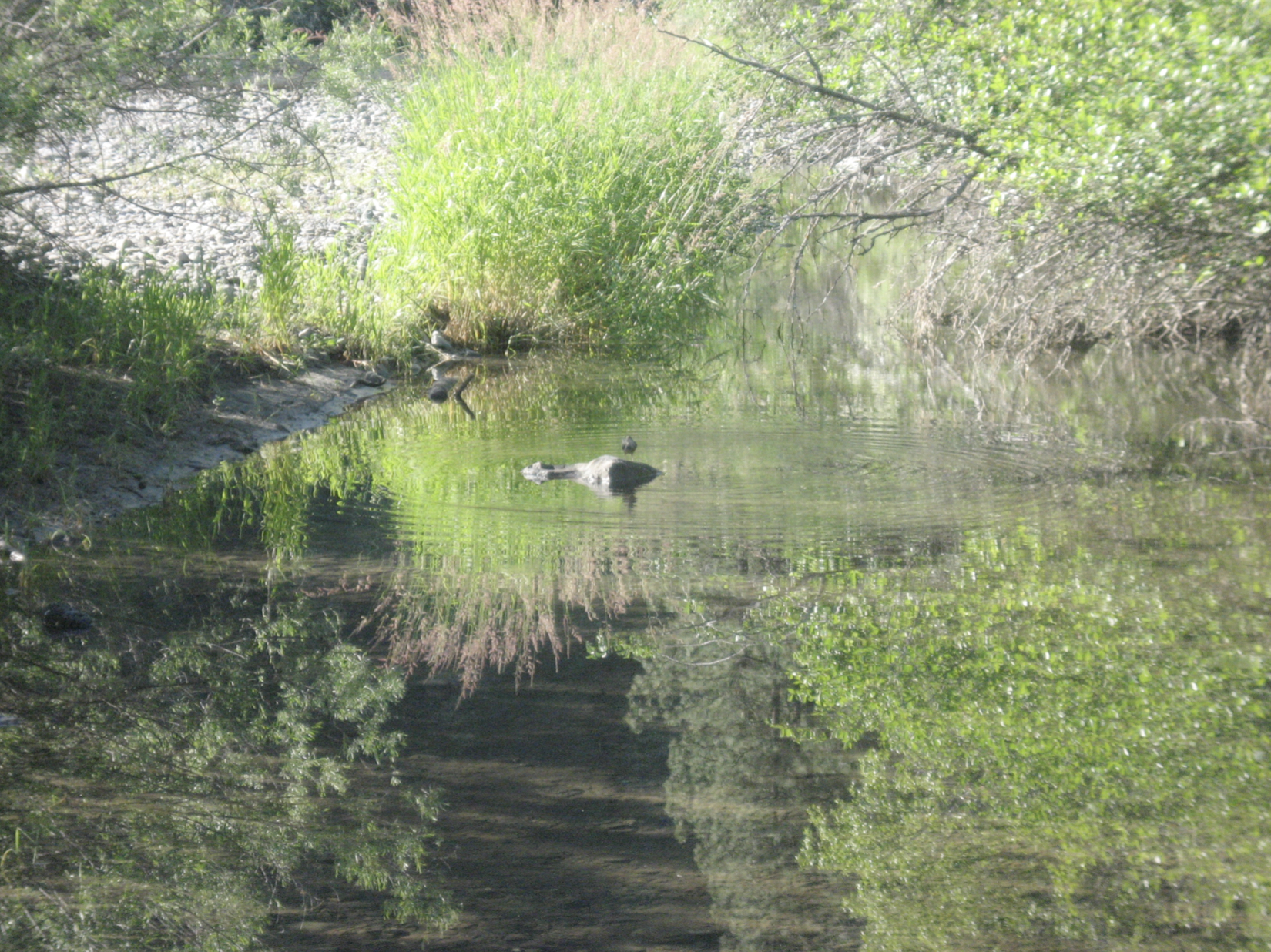