Flood basalts (like the Columbia River Basalts) do not erupt in the traditional volcanic fashion that most people envision. Instead, they erupt through dikes, or a system of dikes. Dikes are large (10’s of meters across by 10’s – 1000’s of meters long) fissures, or cracks, in the Earth’s crust that allow magmas (molten rock deep in the Earth) to reach the surface. Due to the low viscosity of basalts, when they reach the surface they do not explode, rather they spread out laterally creating a flat layer. These layers then cool and crystallize to form solid rock. There is a natural tendency for basalts, and other volcanic rocks, to cool and form long columnar pentagons, or more commonly, hexagons. These structures are known as columnar joints, where the long dimension of the columns always forms perpendicular to the cooling surface, which is usually the ground on the bottom and the air on top.

Once a dike becomes inactive, the magma flowing through it cools and crystallizes inside the dike structure itself. Cooling within a vertically (or sub-vertically) oriented dike presents alternative cooling surfaces. The walls of the dike (made up of previously solidified flows) act as cooling surfaces since they are much colder than the molten rock. Therefore, the columns that form inside the cooling dike will be oriented horizontally rather than vertically.

After millions of years of weathering and erosion, these dike structures can be seen jutting out of the canyon walls like a spine. Their columns also contrast to the vertical columns of the flows surrounding them. 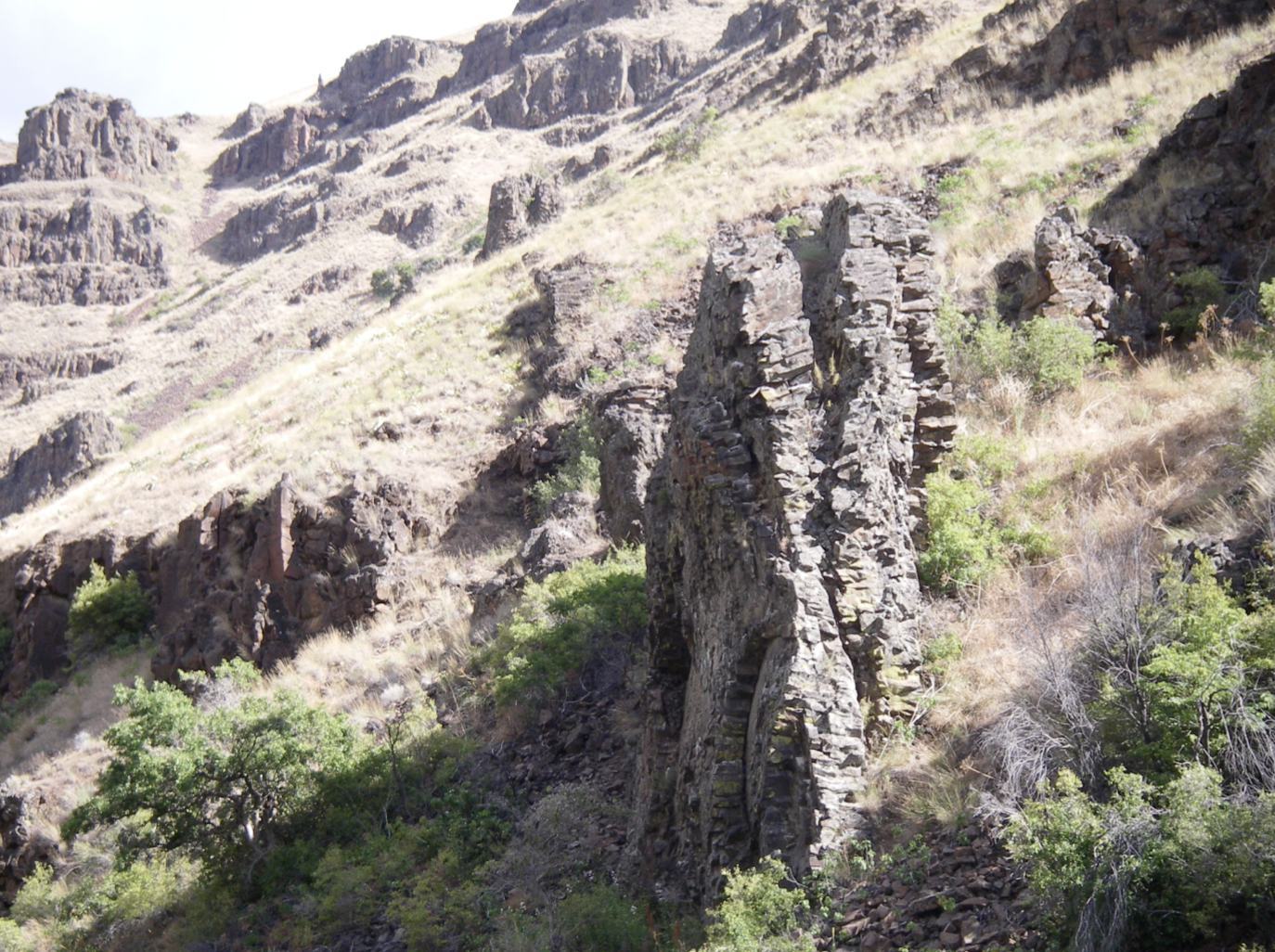 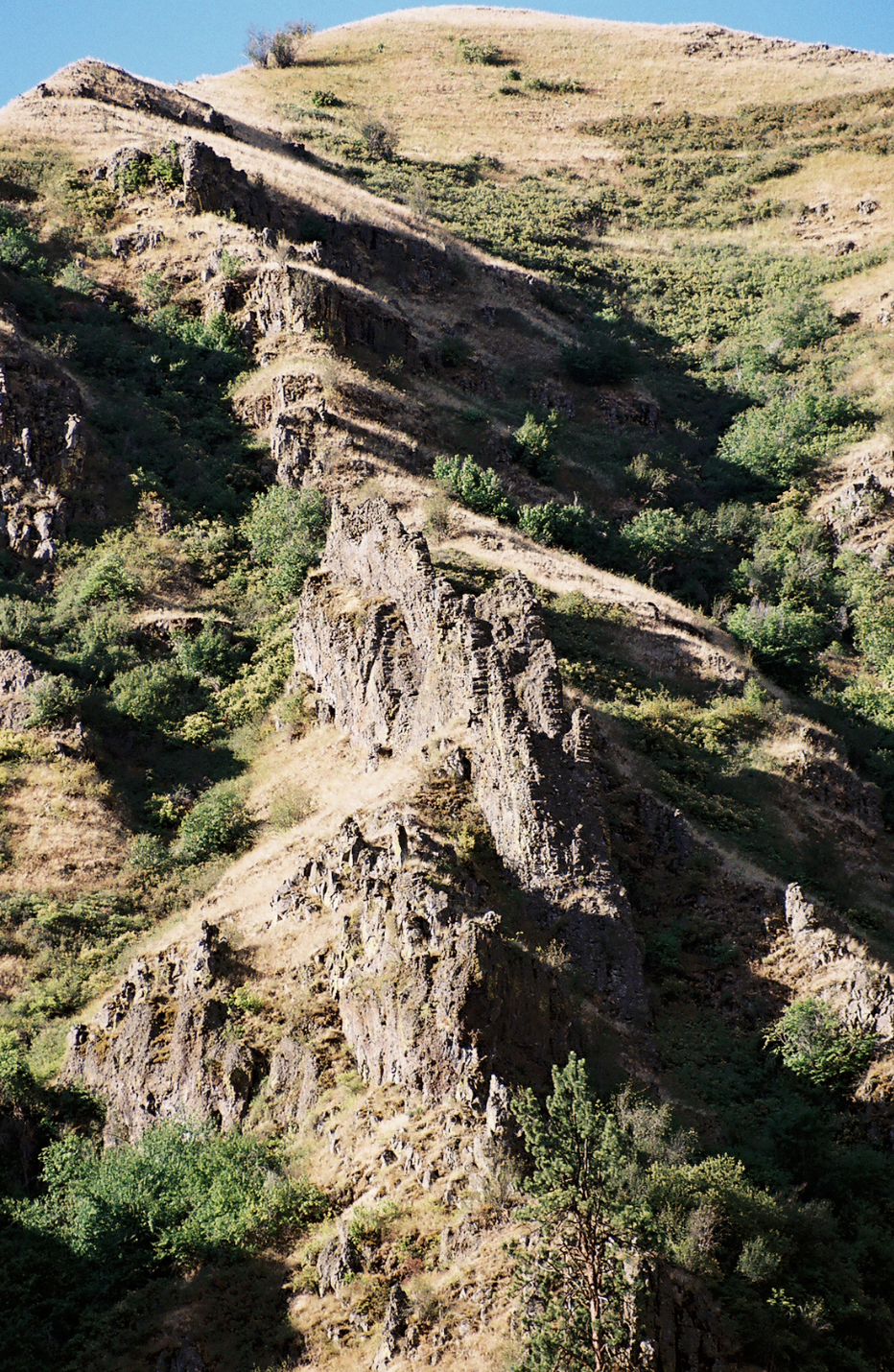